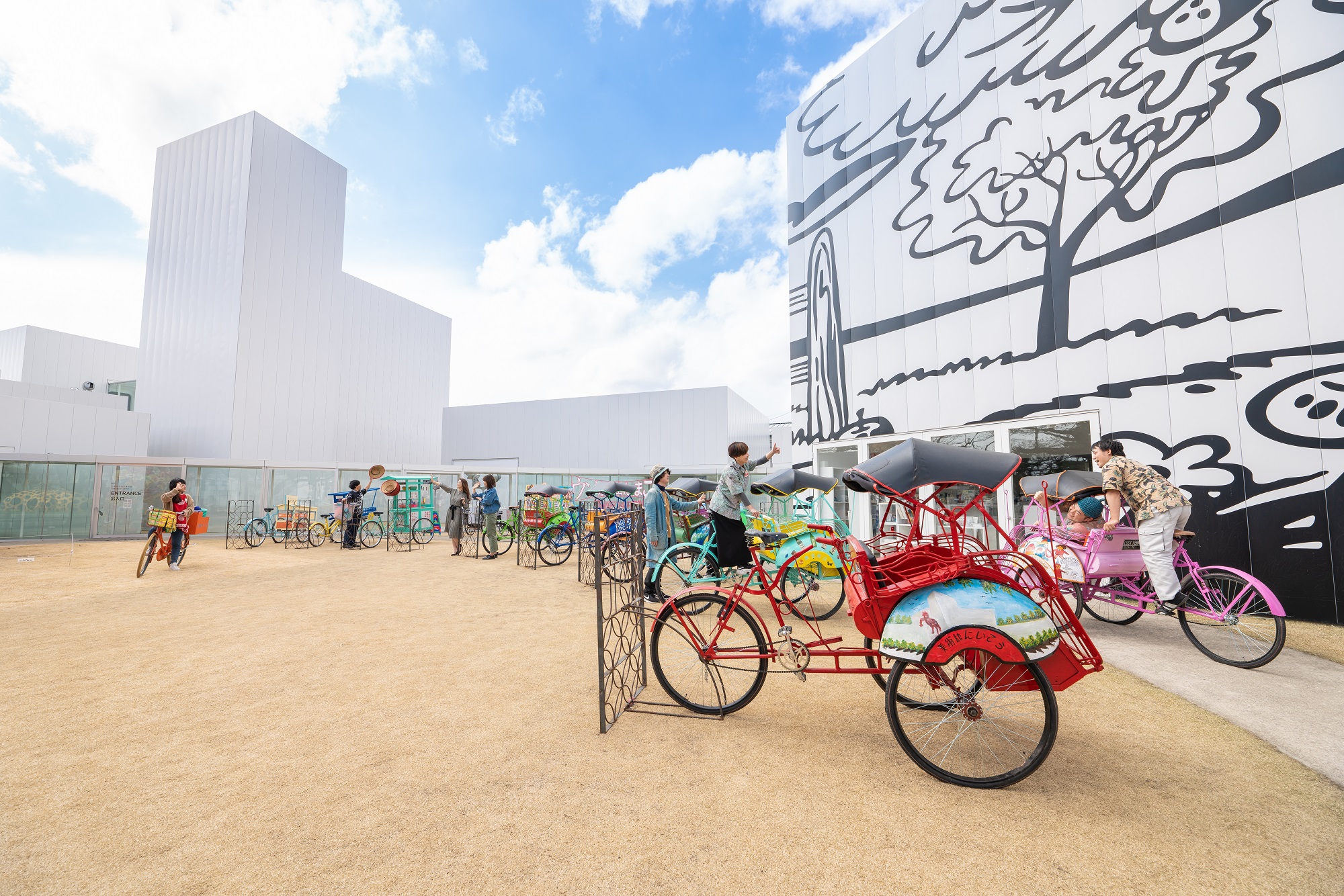 The new coronavirus, which continues to rage around the world, has affected all fields, including arts and culture. This article will focus on the impact of the virus on Socially Engaged Art (SEA hereafter). As will be discussed later, Artist In Residencies (hereafter AIR) have played a crucial role in the development of SEA in Japan. In this essay, I will present my views (under the rubric of prediction) on how SEA will change in the future, and the kind of transformation AIR, which are closely related to SEA, will undergo—or should undergo—as a result.

The term “socially engaged art” refers to the social implementation of contemporary art that aims to interact with the public sphere and address social and political issues. In Japanese, the term is translated as shakai to kakawaru geijutsu (“art that engages with society”) or shakai kanyo-gata āto (“social participation art”),” but the phonetic transliteration of the English term has also become widespread. Although the term began to be widely used in Europe and the United States after 2000, the art practices described above existed even before the 2000’s. What is important, however, is the fact that in recent years SEA signifying the term shakai to kakawaru geijutsu (“art that engages with society”) has been used more frequently in the field of art criticism and theory in Japan. Behind this lies the expectation of critics and theorists—and more generally, of society as a whole—that art will become a tool for positive social change.

The concept of SEA travelled across the waters to reach Japan. In the field of contemporary art, the concept has been frequently referenced, especially since the early 2010’s following the 3.11 disaster. It is important, however, to note that the theory and practice of SEA in Japan differs from that of the west (needless to say, it is not a monolithic concept in the west either). That is to say, the term āto purojekuto (a transliteration of “art project”) is often used almost interchangeably with the term “socially engaged art.” In general, āto purojekuto refers to artistic practices that are implemented over a medium to long-term period and develop through interaction with people. This type of practice has developed not only in urban areas such as Tokyo and Osaka, but also in various regional parts of Japan, including depopulated areas.

Behind this phenomenon lies the existence of regional art festivals, which have proliferated across Japan since the 2000’s. For young and mid-career artists working in Japan, regional art festivals have provided a valuable opportunity to approach local issues through art and create artworks through interaction with local residents. Another factor  that cannot be overlooked as a contributor to the blossoming of art projects in Japan as a crossroads between art and society is the existence of AIR, which have also flourished in Japan since the 2000’s. A wide range of AIR programs were launched in Japan in the 2000’s, inviting artists from overseas in addition to many domestic artists. Some among them had already established their careers, while others were young and ambitious artists on the cusp of recognition. AIR of various sizes throughout Japan have, in the same manner as art festivals, provided opportunities for domestic “socially engaged” artists to create and present their work.

SEA projects developed in a local context are often discussed as chiiki āto (community art) in Japan. It should be noted that this term originally had a critical connotation. Naoya Fujita first proposed the term chiiki āto in an essay titled Zombies of the Avant-Garde (2014) published in Subaru magazine. The subtitle of this essay was “the Problems of Local Art.” In this discourse, he critically foregrounded the problems facing art practices that have developed as art projects in various regions, while also acknowledging their significance and effectiveness to a certain extent. The main argument posited that recent art projects have lost their power to affect social change as avant-garde art, instead becoming tools for regional development.

In response to such claims, people actually working in the field of AIR expressed their doubts about the use of chiiki āto as an umbrella term for a wide variety of art projects. While acknowledging the appropriateness of Fujita’s criticism in some cases, critics advocate the need to carefully examine art projects respectively, introducing actual examples that are not simply “tools for regional development.” The publication Where is Chiiki Art? (edited by Towada Art Center, Horinouchi Publishing, 2020) provides concrete examples that serve to provide such verification.

In addition to being a writer, I am also an artist with experience of staying at AIR in Japan. In 2015, when I was a doctoral student at University of the Arts London, I participated in an AIR program organized by Kyoto Art Center. At the time, I stayed in Kyoto for about two months to produce new work and held a solo exhibition titled Representation of Others or Others of Representation to present the results. I created an installation mainly through collaboration with people from diverse cultural, ethnic, and generational backgrounds living in Kyoto. I and the participants walked around the city of Kyoto, getting to know one another while taking videos and photographs. I also organized a workshop in a classroom at Kyoto Art Center, inviting the participation of a young researcher who specialized in migration studies. As with many other art projects, the “close” interaction with local residents and visitors constituted an important axis of the work. 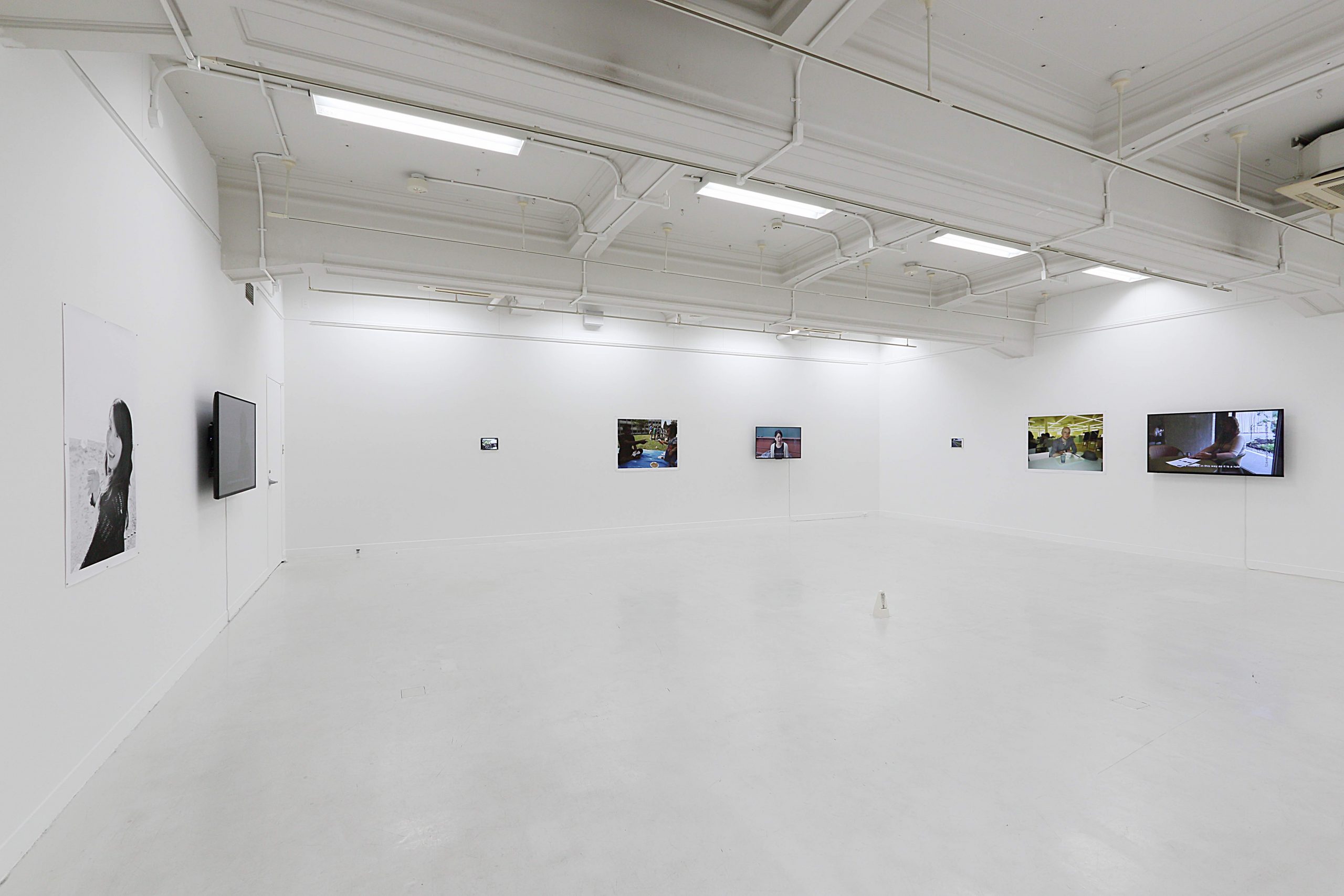 In a recent interview (“Gathering and dispersing like bubbles, the ‘social closeness” of Contemporary Art in the Heisei Period: An Interview with Noi Sawaragi about Art of the Heisei Period”[1]), art critic Noi Sawaragi seemed to suggest that “even after the new coronavirus comes to an end, there will remain a fear and resistance to close contact, which will change the way people communicate with each other.” It is true that after the coronavirus crisis, there may be a lingering sense of reluctance to join workshops involving many participants that include people of advanced age. In this sense, it can be said that COVID-19 has left various constraints on the implementation of SEA projects in the world today.

Sawaragi continues, “If there is art that is born from these circumstances, then I think it will be the art of the Reiwa Period. If, for example, children grow up assuming from birth that they cannot speak without wearing a mask, then something else may be born out of this experience. For those who knew the age of social closeness before the pandemic, I think the sense of loss will be even greater.” I strongly agree with Sawaragi’s view that the next generation of artists will use these restrictions as a springboard to create new art. Also persuasive is his argument that those who experienced the age of social closeness before the pandemic (including the author) will retain a sense of loss and nostalgia for the days when it was possible to create art through close communication.

However, we can also expect artists belonging to this generation to use their sense of loss as a source of inspiration to discover new forms of art. Looking back on art history, artists have always turned adversity into creative energy. The same can surely also be said for SEA, which uses close interaction as its key material.

(What follows is the author’s prediction) What role can AIR play in this future trajectory of SEA? Artists are likely to develop projects to overcome the crises caused by the new coronavirus in unexpected ways. Along the way, new post-coronavirus SEA are sure to arise. They will comprise art projects based on communication that avoid close physical contact. Here, the power of new technologies that make online communication possible is expected to be harnessed more than ever before. At that time, the diverse (and versatile) professionals engaged in the work of AIR are sure to assume even greater importance as “attendants,” or more precisely “co-creators,” of artistic production.

The skills required to achieve this include fluidity that can respond flexibly to the emergence of new SEA, as well as creativity that can achieve seemingly unrealizable projects. In some cases, it will be necessary for AIR to lead artists by taking advantage of regional networks and local knowledge. In any case, as the tide of SEA changes drastically after the era of COVID-19, the role that AIR can play will further increase, undoubtedly making AIR even more indispensable in the future.

Hiroki YAMAMOTO was born in Chiba, Japan in 1986. He graduated in Social Science at Hitotsubashi University in 2010 and received an MA in Fine Art from the Chelsea College of Arts, University of the Arts London (UAL) in 2013. From 2013 to 2018, Yamamoto worked at UAL’s Research Centre for Transnational Art, Identity and Nation (TrAIN) where he completed his PhD in 2018. He also served at TrAIN as a postgraduate research fellow. He was previously a research fellow at Asia Culture Center (ACC) in Gwangju, Korea, a postdoctoral fellow at the School of Design at Hong Kong Polytechnic University, and an assistant professor at Tokyo University of the Arts. He is currently a lecturer at Kanazawa College of Art. His publications include The History of Contemporary Art: Euro-America, Japan, and Transnational (Chūō Kōron Shinsha, 2019) and Media Culture in Transnational Asia: Convergence and Divergence (Rutgers University Press, 2020).